The Aviation is a truly elegant cocktail. It dresses the classic combo of Gin, lemon, and sweetener up with a dash of Creme de Violette, giving the drink a smoky blue color. Coupe glasses are my go-to when serving drinks up, but there’s something about the Aviation’s grace and class that calls for a Martini glass, as tippy as they may be.

The Aviation got super popular in the later 90’s and early 2000’s, largely because the Creme de Violette had just become available again – but barely. This scarcity created the sense that you had to be in the know to hunt the key ingredient down, and bartenders love secrets and obscurity I find, so much so, that it soon could be found everywhere. Its popularity peaked in the early 10’s – but now cocktail cognoscenti care less about rediscovering old prohibition and pre-prohibition era classics and inventing new flavors. I still drink and serve the elegant Aviation, but Maraschino does tend to the cloying – which I believe is due to the use of the cherry pits in the distillation of this liqueur. Otherwise, The Aviation has delicate and refreshing floral notes, and looks magnificent. You can imagine drinking it while waiting to board the Pan Am clipper to some exotic destination.

Punch has a detailed history of the rise and fall of this cocktail (here). Dating from from the early 20th Century, it was popularized in the classic Savoy cocktail book, though this later recipe dropped the Violette, which is a shame. 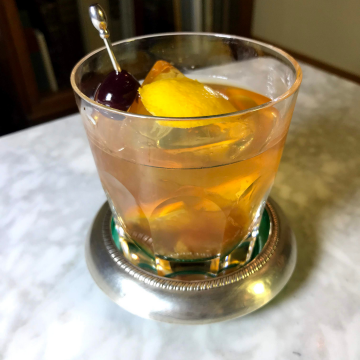 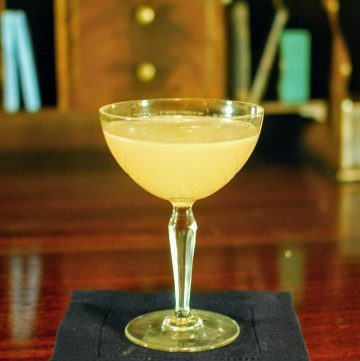